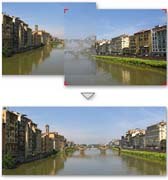 EXE files are made for users of Microsoft's Windows, but today you have several ways to use EXE files on your Mac.

File Juicer does not run EXE files. It searches inside the EXE file to see if it contains images, Flash games or animations, compressed .ZIP or .RAR archives and many other formats. If if finds any, it will extract and save them. An example EXE file containing photos: AutumnToadStools.EXE

13 second movie showing how to extract images from an EXE file (a screen saver). This will work on some EXE files, but not if the EXE file is encrypted or use a proprietary storage system.

ZIP and RAR files are common inside EXE files which are made "self extracting" on Windows by wrapping them in an EXE file. You open ZIP files by double-clicking them. RAR files require RAR Expander.

Pocket PC applications are often packaged as "Windows only installers" in EXE files, and the developers forget to make an installer for macOS.
File Juicer can extract the CAB files from the exe file, and you can manually copy this file to the Pocket PC and get it installed this way.

Adobe/Macromedia's Flash files are also often wrapped inside an EXE file. File Juicer can extract them, and you can play them with iSwiff .

Some EXE files containing other files are not possible to open with File Juicer. Typically this is packages made by installer applications like InstallerVise from MindVision. 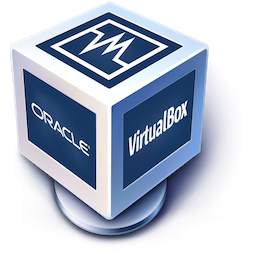 The most affordable free and supported app to run Windows and apps on your Mac is VirtualBox from Oracle.

You do need a copy of Microsoft Windows, and the Home Edition of Windows 10 is about $129

It takes only a few minutes to download and install Virtual Box, but it may take more than an hour to get your copy of Windows and all the Windows software updates installed. You will also need 30-50GB of free disk space to set aside as to a virtual disk for your "Windows PC". I have successfully been able to run Windows 7 on a 20GB virtual disk

Parallels Desktop require a Mac with an Intel processor. It is more convenient to use than Apple's Boot Camp as it does not require to restart your Mac every time you want to run a Windows application.

Parallels Desktop is focused on personal use, while VMWare cater for enterprise users even though they keep VMWare Fusion for personal use

You still need a copy of Microsoft Windows and install it on a part of your hard disk. You also need to keep this part of your disk free of spyware, viruses. You can keep the Mac part of your disk separate from your Windows part, so nasty applications will not ruin your Mac data.

If your Mac is not quite new and only updated to macOS 13 "High Sierra" you can get away with an older copy of Parallels from Amazon: Parallels Desktop 15

If you have a Mac with an Intel processor, VMWare Fusion will be an alternative to Parallels Desktop. VMWare is mostly focused on business users, but they still sell a version for personal use which is conveninent if you want to use the same software at home and at work. They are already known for making virtual Windows environments on Windows, so Windows users can run different versions of Windows on the same PC.

You do need a copy of Microsoft Windows

EXE files can be nasty to Windows users. If you want to use any of the applications below to run the EXE file you have, I recommend checking it for virus first. This is a good idea even though Windows viruses will only be dangerous for the part of your hard disk you set aside for Windows: one can never be too careful when running EXE files. Because File Juicer does not run EXE files, but search them for images, Flash animations and more, even infected EXE files are not dangerous when dropped on File Juicer for a search for extractable files.

ClamAV knows about 90.000 viruses. It is free and you can download ClamXav for macOS here.

ClamXav is quite nice as it does not run in the background and slow your Mac down unless you directly ask for it (by launching ClamXav Sentry from the File menu).

The newest Macs have an Intel processor inside, and Apple has made it possible via BootCamp to install Windows in a part of your disk. With Boot Camp, you shut down your Mac and restart it as a real Windows PC which works at full speed. When you want to go back to Mac OS, you restart it again as a Mac.

You still need to purchase a copy of Microsoft Windows, install it and keep that corner of your hard disk free of virus, worms and spyware.

Codeweavers CrossOver (since 2007) - is a way to Windows applications without having Windows. This is of course more affordable, and you don't have to work through a Windows installation which may take hours.

The disadvantage is that it is not a 100% Windows replacement, but they have focused on the most common parts of Windows, and if an application only depend on those it should work. Their compatibility list of supported applications give an impression of how much of Windows they support.

How to avoid EXE files (Where to look for Mac Software)

The most popular places to look for Mac software are: Visit them both as they are different in how they present their lists. The Mac App Store and MacUpdate have user reviews of the software.

While most active software developers list their software on these sites, there are more which write about using Mac software. MacWorld.